Last Saturday, we had an invitation to kenduri bertunang adik Uncle Bob in Bandar Baharu.
As usual, I always had this feeling that Husna doesn't have any suitable clothes to wear..(hmm..sounds familiar kan?).
So I decided to whip something for her to wear (not that she cares pun..hahahhaha).
I have this happy, colourful fabric named Happy Hills by Michael Miller..wanted to sew a dress out of it (since Husna can still fit into a yard of fabric)..but yaa..yaa...yaa.. as usual plan that never become reality.

It took me an hour to complete it (plusss taking tonnes of picture for my very first skirt for beginner tutorial in bahasa). 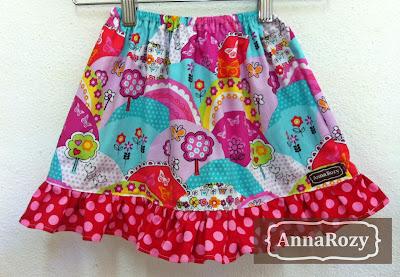 Then I made a fabric flower using the same fabric. 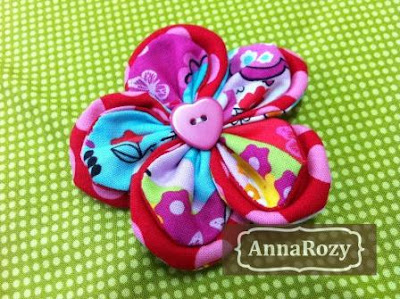 I sewn the flower on a store bought blouse to match them. 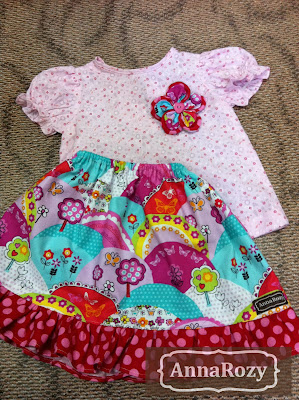 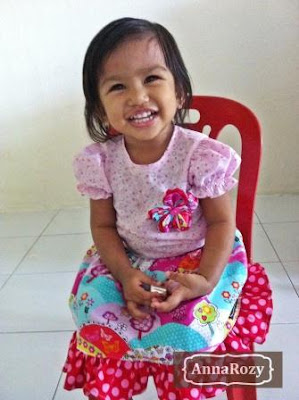 And the interframing abang Hadiff with their favourite- st toys. 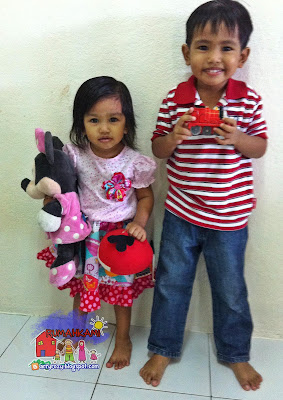 While all this sewing thing happening..Husna was under the table throwing tantrum..AS USUAL!! Sabaq ja lah! 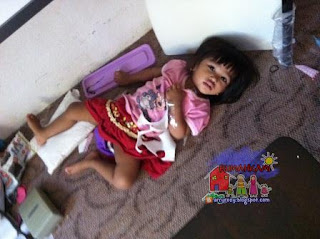