This year we celebrated hari raya just like every year before.
Simple.
Other than Husna had her first baju kurung.
Other bajus were bought from sogo and jusco.
Most of them are cap MIKI.
I guess MIKI should select my kids as their ambassadors :).
Cheap maa all bought at 70% off.
Frankly speaking, we didn't really into theme, pakai baju same colour or at least just between hadiff and husna. I am not sure why, may be next year kot.
But what the heyy, ada salah kah? Hehe.
Here's our family picture, which is rare okeh bukan selalu amik. :p 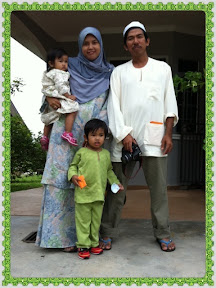 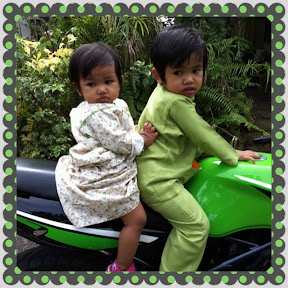 Then off we went to our former Prime Minister Pak Lah' open house (actually open dewan). 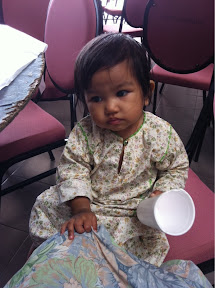 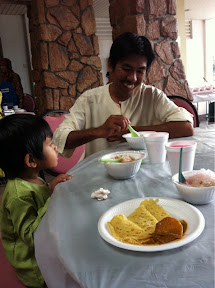 Not to forget ambil gambaq with pak lah. 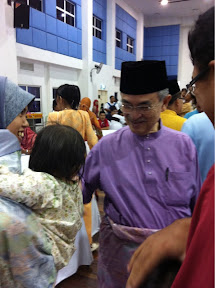 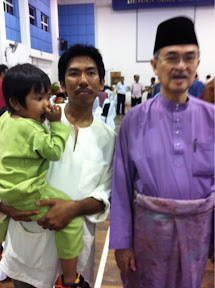 Malam, they had (hadiff jaaa :p) a chance main bunga api with their 3 active and energetic cousins.
And i was soo being paranoid takut jadi apa-apa :p 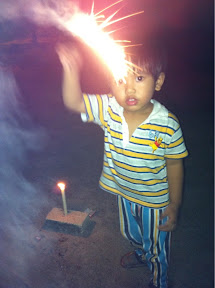 Hope you're having a joyful eid.
Stay tune!!